Generate the MD5 hash of any string

Encode passwords or any sensitive information

ETTVI’s Online Md5 generator is a valuable tool that is used to generate a unique string that can be used as a password or key. Data of all types, including financial and insurance transactions, credit card information, and much more, can be protected by this string.

The ETTVI Online Md5 generator generates 32 characters of hexadecimal Md5 hash string according to how many words or characters are entered as input. It is virtually impossible to decrypt the Md5 string once it has been generated by ETTVI's Md5 generator; it is not reversible. Its algorithm encrypts data so that it cannot be decrypted later. It can simply be described as a fingerprint of the data generated based on the MD5 hash.

How to use ETTVI’s Online Md5 generator?

Generate 32 hexadecimal characters of any input string or words by following simple steps below.

Step 1. Enter a Word/character in the Search Bar.

Enter a word or character in the search bar of the tool. You can enter up to 40 at a time.

After you have entered words in the search bar click “Export” to run the tool.

Step 3. Save the Results

With a few seconds of running your Md5 string will be generated. Save the results in an Excel sheet or a document for using it for later purposes.

Everything About ETTVI’s Online Md5 Generator

ETTVI's Md5 Generator Tool provides an easy method for converting your character string into a MD5 hash and validating it using MD5 or the Message-Digest Algorithm 5. Using ETTVI's Online Md5 generator, passwords can be encrypted with the help of strong encryption. This is done as a security measure because it enables one to ensure that files downloaded from websites have not been altered in any way.

It comes with various features to provide a seamless user experience.

Generate 40 Md5 code at a time with ETTVI’s Online Md5 generator. Enter 40 characters in separate lines on the search bar of the tool and hit the “Export” button. You will get 40 Md5 string 32 characters in hexadecimal format.

Free to use tool

ETTVI’s Online Md5 generator is a free to use tool. You don't have to spend a single penny to get all its features and results. Use it anywhere, any time and anyplace you want.

ETTVI’s Online Md5 generator provides 24/7 customer service for its users. In case the tool has stopped working or shows incomplete results contact ETTVI customer support and we will try to resolve the issue within 24 hrs.

What exactly is Md5 string, and why do people need it?

Why is Md5 getting so much attention?

An MD5 algorithm is a cryptographic hashing algorithm, or "message digest", that has been used since 1993. It will be possible to generate a hash from digits by applying a one-way algorithm and then selecting those digits. When information or media must be safeguarded, message digests (Md5) are the most common method to accomplish that task. A message can be inspected with this feature to determine if any of the key parts of the message have been changed or updated.

The message digest (Md5) is a one-way hash function used to create a fixed length hash value from a random array of data.

What is the purpose of Md5?

During cryptography, MD5 serves principally as a hashing algorithm. Contrary to a hash function, which consists of forming a fixed-size bit string from a series of data blocks and turning them into a hash value. Message direct (Md5) functions compute hash values for data sets by comparing them with a hash function. Together with other hash functions, Md5 is often used for digital signatures and message verification codes. Further, it's used to check for data corruption, detect duplicate data, and identify files.

Despite being able to produce the same result again and again for a given dataset, Md5 hashes are used to verify data integrity. A MD5 user can compare the hash of the data source with a hash created on the same destination of the file with which they will compare the hash. In this way, the hash can be verified to ensure that it was not altered or tampered with.

Is it possible to decrypt Md5?

Because MD5 is not an encryption algorithm, you are unable to decrypt it. It is widely believed that MD5 is capable of encrypting data, but this is not true. In actuality, MD5 does not provide data encryption. The tool is only capable of calculating a hash value for a specific set of data.

Is Md5 a truly secure function?

It's true that MD5 has traditionally been viewed as a crash-prone algorithm. In reality, using Md5 depends greatly on how and where this algorithm is utilized. In order to generate an Md5 hash, a string may be arbitrary and encoded into a 128-bit fingerprint. In case that you are writing the same strings using the Md5 hash generator, you will always end up with the same 128-bit result.

For creating and storing passwords, MasterCard numbers, and other kinds of sensitive information, MD5 hashes are usually used with little strings like passwords or strings of characters.

In other words, it has proved effective for use as a way to check the integrity of a database table when MD5 is being applied only as a basic checksum algorithm. If Md5 contained only 32 digits, it would be an extremely compact algorithm. Therefore, the hash can be calculated immediately without requiring a lot of memory or storage space to calculate. Unless carefully supervised, do not use MD5 for password summarization or any other security systems that are very important. You can find a great deal of information on the Internet regarding Md5 guidelines to secure your data. Hopefully you will be able to use Md5 correctly after reading these guidelines.

"It is a useful tool and always helps me generate Md5 hash codes whenever I want to. Generates quick results. Totally recommended." 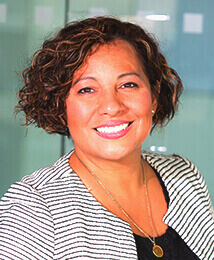 "This tool works just fine and quickly generates a Md5 hash against any text or character string. Best thing I liked about it is unlimited usage." 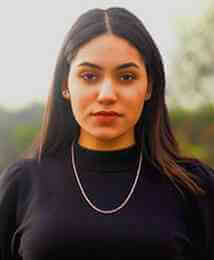 "The Md5 generator tool is a worthwhile addition to the SEO tool list. It works so ideally to generate a Md5 code so you can make your online data more secure. Recommended to all webmasters." 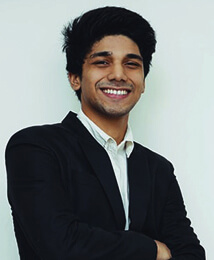 "If you are a Digital Marketer or SEO specialist then I would recommend you to immediately try this. Very easy to use and provides free access 24/7." 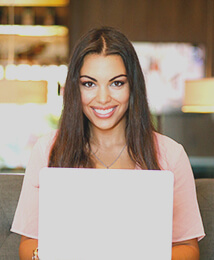 "If you need to create secure and protected passwords for your clients website login pages then Online Md5 generator is specifically designed for this purpose. Access it for free and you are not required to purchase any plan and use it unlimited times." 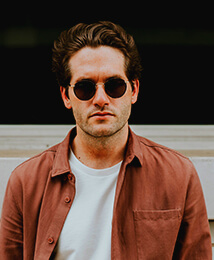 MD5 is a message digest algorithm that is used for the purpose of encrypting data. In 1991, Ronal Rivest developed this algorithm to outgrow MD4. It is one of the most prominent algorithms available. It is a hexadecimal number representing a representation of the Md5 Hash string of 32 digits that is generally represented. The MD5 algorithm is widely known and has been used throughout history.

Here we will provide an example that will help the reader better understand the rules that govern Md5 and why it is not reversible. With the Md5 online generator for text data containing 50,000 characters, a summary consisting of approximately 32 digits may be displayed. The system would be able to determine the accuracy of 50,000 characters using only 32 digits, but if you want to reverse this, how would it do so? This is why it is not possible to create an Md5 statement with the help of a Md5 generator.

Use ETTVI’s Online Md5 generator to generate a 32-character hexadecimal code for your password. Just enter your password in the tool and run the tool within 5 seconds you will have your Md5 code.

ETTVI’s Online Md5 generator is a relatively easy to use tool. Just type your character string in the search bar provided and run the tool by clicking “Export”. A Md5 hash of 32 characters in hexadecimal will be generated in a few seconds.

Yes. You can get Md5 hash strings for free while using ETTVI’s Online Md5 generator. Use it anytime and anywhere you want and no use it unlimited times to generate Md5 code.

No, it is not possible. Due to the fact that hash functions can only be used one-way for MD5, it cannot be reversed. Using the Md5 generator, the hash value is created by taking only the messages, data, and summary. The Md5 algorithm does not provide a reverse function.

Stay up to date in the email world.

Subscribe for weekly emails with curated articles, guides, and videos to enhance your tactics.

This feature is on it’s way!